Planning to visit Cascais soon? Cascais is worth a visit!

Let’s rent a bike and ride around Cascais, Portugal! Cascais is a traditional and charming little Portuguese fishing town, located on the beautiful coastline of Lisbon. Historically, Cascais was the summer resting place of Portuguese aristocrats, and now the city is an elegant blend of 19th-century decorative architecture and modern tourist facilities.

Cascais is nice to explore as a day trip from Lisbon, and within the cobbled streets of the historic center are mansions, impressive fortresses, and interesting museums. For holidays, Cascais is the main holiday destination on the Lisbon coastline, combining authentic Portuguese experiences with beautiful beaches and a lively holiday atmosphere.

Lisbon is indeed extraordinary but it‘s definitely worth to rent a bike in Cascais when you visit Lisbon.

Drive-in and around Cascais is the best way to explore this small town.

If you are looking for the best bike rental company in Portugal. Avalanche bike is the best place to rent a bike in Cascais, Portugal. We are not only offering the best price for bike rental around Cascais, but we are also providing a wide selection of bikes.  You can choose any bike that suits your ride in Portugal.

Avalanche bike rental is located in Faro. And Faro is the heart of the Algarve, Portugal! The distant blue lagoon, stunning footpaths to go through, cafes situated between busy streets and history on every corner provide a spell for visitors.

But if you like to pick up your bike in Cascais, Lisbon. We are pleased to announce that now it is possible!

It will be available on our website to rent a bike in Cascais on the Avalanche website and you can pick up your bike in Carcais, Lisbon!

After renting a bike, here are some of our recommended places to explore in Cascais! 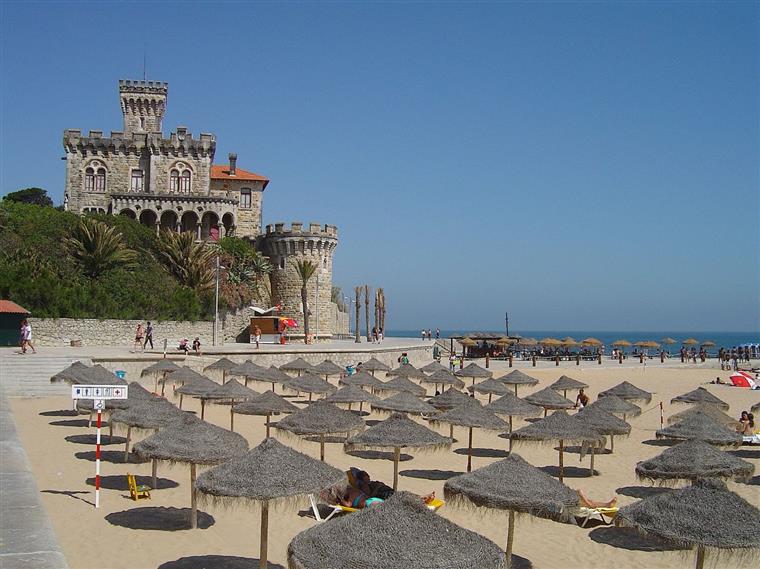 Tourist has to take the train from Lisbon to Cascais, which can get off several stops early at Estoril and find themselves on this extraordinary beach. Like most of the beaches on the bayside, Tamariz has only light waves and is further protected by a dock on its eastern outskirts.

Next to the pier, there is the lido which is fed by the Atlantic if you want to swim but don’t want to deal with the currents. Praia do Tamariz was once favored by industrialists and aristocrats and then the jet was set because it was only a stone’s throw from the casino. 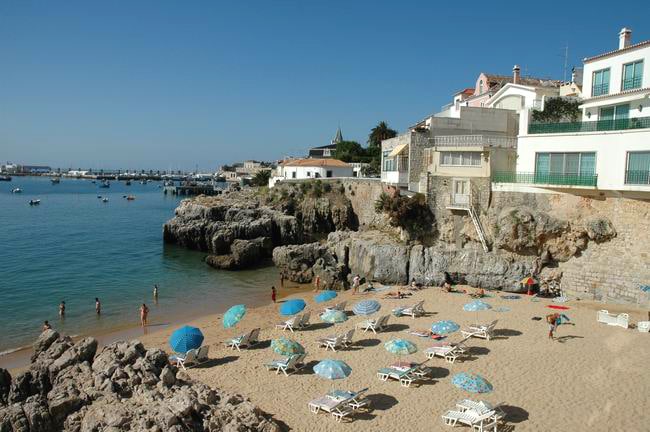 It’s not easy to choose a favorite beach in Cascais, because they all have advantages. But if your vision of a perfect beach is a sandy bay filled with a sea of ​​crystals, Praia da Rainha is the best one for you. Also a few steps from Rua Frederico Arouca and very close to bars and cafes. The coast is east-oriented, which explains why there are almost no currents, and it is all the more beautiful for a low cliff and two large limestone protrusions deposited in the sand.

Behind a long, rocky river is a strange Revivalist palace that was completed in 1900. It has loggia windows, patterned mullions with Manueline-style prints and impressive Gothic revival stone towers.

These are all the stage for a museum enriched with paintings, Indo-Portuguese furniture, jewelry, prehistoric archeology from local caves, oriental porcelain, all handed over to Cascais in the will of Manuel Inácio de Castro Guimarães.

The Bibliophiles will be pleased with the library, which has 25,000 volumes, many of which will go back to the 1600s and include an illuminated manuscript from 1505. There is a small chapel in the square, and the palace returns to the Parque Marechal Carmona. 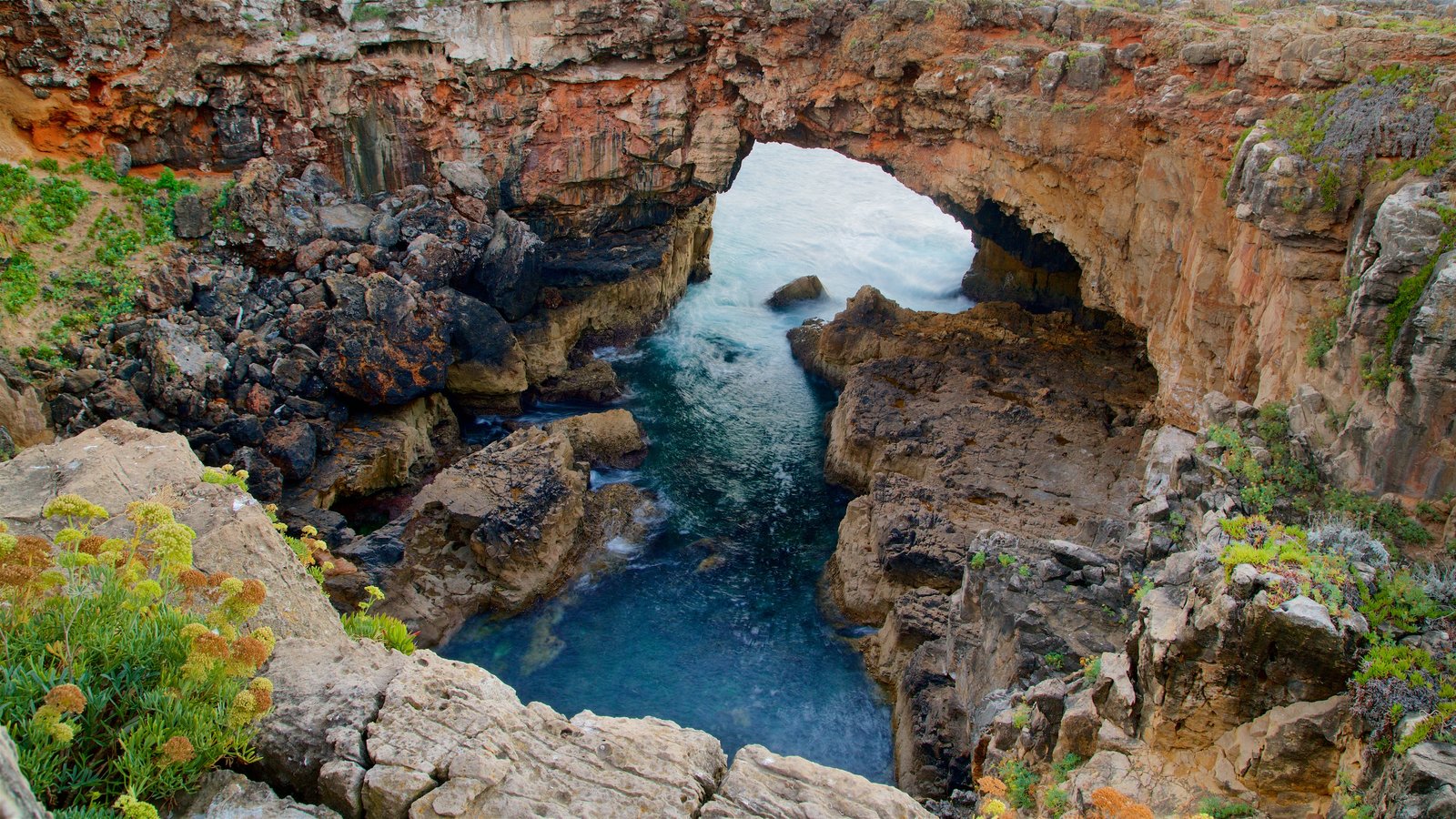 On the Cascais side overlooking the open sea, the coastline becomes rocky, as you head to the Sintra-Cascais Nature Park. Just a short walk from the marina is Boca do Inferno (Hell’s Mouth), a cliff on a limestone cliff. Try to be here where the waves are more choppier to see the ocean surging through a hole in the cliff and hear it echoing into the room.

On a summer afternoon, it’s not unusual to find a couple sitting on a promontory next to it and watching the sunset. For some trifles, this cave is the first recorded on film, as the subject of Henry Short’s 1896 moving picture, A Sea Cave Near Lisbon. 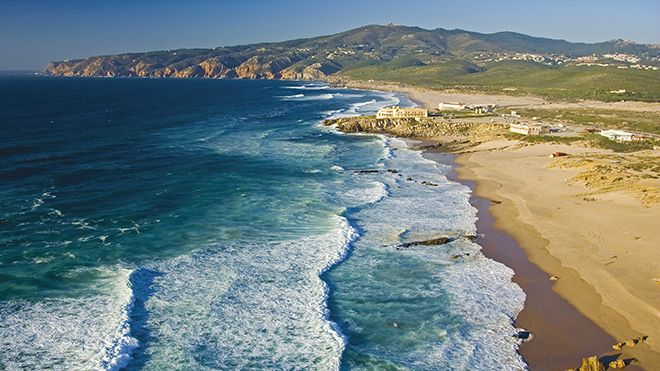 All seven kilometers from Cascais are wild Atlantic beaches in the untouched nature of Sintra-Cascais Nature Park. Praia do Guicho has a large arch of fine white sand, bounded by sand dunes and with views to the mountains to the north.

In summer, stable north winds and small waves are the ideal material for kite surfing and windsurfing. In winter the wind blows from the east, to break the left and right beaches which are hunted by surfers. If you don’t mind the winds of Praia do Guincho it is fine to sunbathe in the summer and a dramatic place to walk and watch surfers in cooler months.

The Lighthouse and the Santa Marta Museum 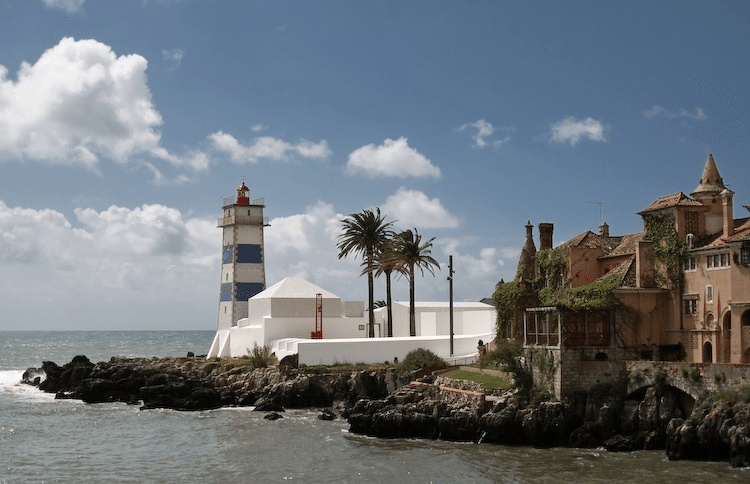 Rising from Fort Santa Marta, the blue and white lighthouse has been guiding ships in and out of the Tagus Estuary since 1868. The beacon is still functioning and the fog horns still explode when visibility is low, and in 2007 a museum pavilion was built. next to the tower.

This is in two parts, the first dealing with Portuguese lighthouses in general. You will understand the role they play in the abilities of Portuguese sailors, and see exhibits such as the 3.7-meter high flare and the lens of the Berlengas lighthouse. The other wing tells the story of 17th-century fortress Santa Marta and runs back to the lighthouse every day when manned. 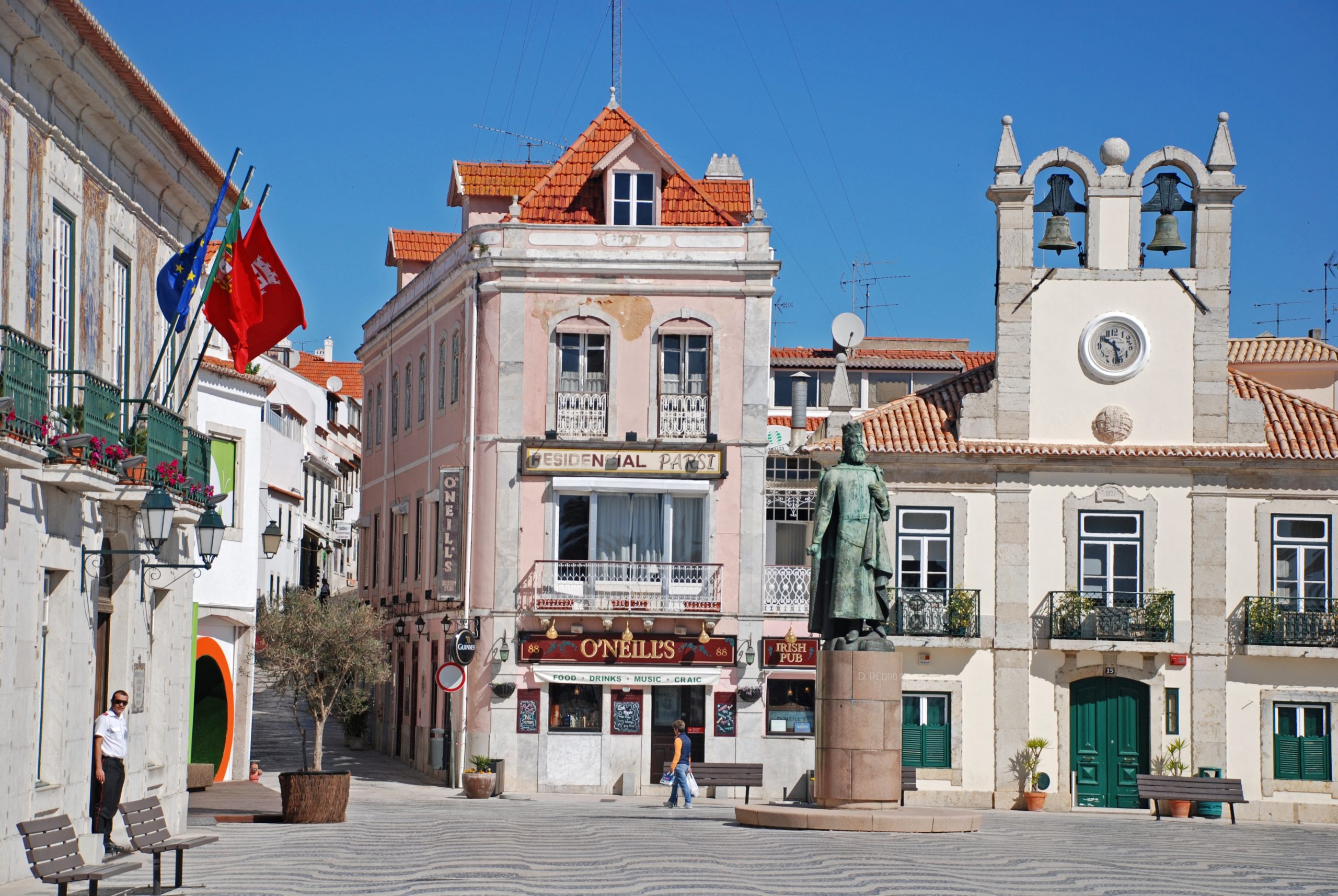 n an hour or so. There is a luxurious atmosphere on these streets, boutiques, restaurants, and cafes. Squares and sidewalks are paved with calçada Portuguesa, mosaics in various patterns. If you don’t mind the tourist trail, your evening will be centered on Praça 5 de Outubro, which is surrounded by bars and restaurants.

But there are other, maybe more authentic bars and restaurants on quieter corners in the city. Silence along the pedestrian area under palm fronds to Fortaleza da Nossa Senhora da Luz, one of the sea fortress lines built in the 16th century when Portugal was under Spanish control. In summer, this is the official summer residence for the President of Portugal.

Those are the best things to do during your trip to Cascais, Portugal according to our bike rental in Portugal.

However, rent a bike in Cascais will help you to make it easier to explore more about Cascais.

Are you interested in riding a bike in Cascais? Contact Avalanche bike team for more information about bike rental in Cascais and let’s try our other guided tours in Algarve, Portugal.

What are you waiting for? Make sure to rent a bike in Cascais with us. We are always ready to help 🙂